Two-wheel title fight revving up ahead of Grand Final

This article brought to you by: 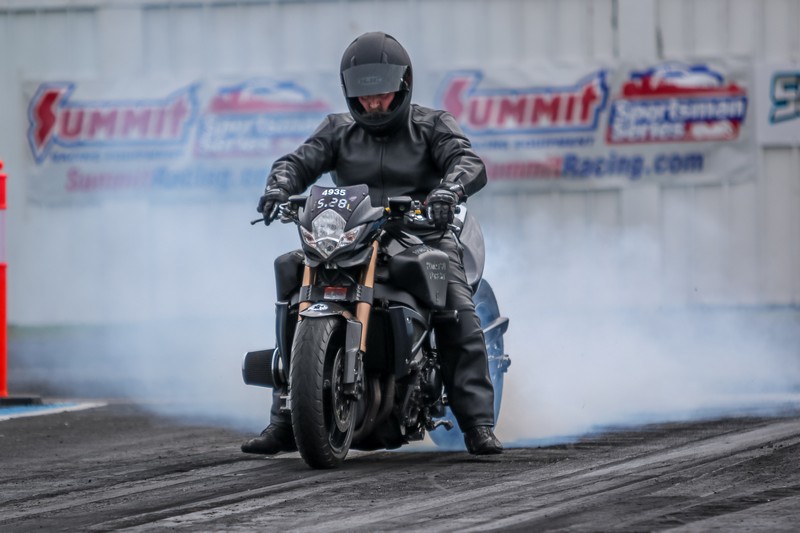 “The championship is still far from a sure thing. Levi Addison is a very talented rider and amazing on the tree, it’ll be a tight one I’m sure and will go right down to the wire,” Dohnt said.

“Levi has achieved a lot in his short time in the sport and is an extremely good rider. Bryan Finn is also still a mathematical chance and you certainly cannot relax when he is in the other lane – he has two championships already and I know he is keen for a third!

“We’ve scored more points this year than any previous season but it will all come down to how well things go at the Grand Final. Hopefully we get a chance to run at a meeting before then so I can remember what to do!” he laughed.

“To claim the title would tick a pretty big personal box. We won the 2012/2013 title on a wheelie bar bike that was essentially stock; always qualifying lower in the order and usually leaving first, being chased.

“To win on a long wheelbase, no-bar bike which is making pretty good power would be awesome. Not many people have done that in Modified Bike. I certainly will not be broken hearted if it does not happen because we have achieved a lot this year with the bike, but it would be pretty cool.

“I want to thank Komatsu Forest Products who have come on board this season along with PB Suspension. Thank you also to L.V. Dohnt Forestry also for their continued support and to Jodie – my wife, crew chief, sports psychologist and more! She is amazing and I love racing even more when she can be a part of it.”

This is Addison’s first full season in the Summit Racing Equipment Sportsman Series, and as well as being on maximum points for Modified Bike he is also in second place currently in the Competition Bike category behind defending champion Tony Frost. 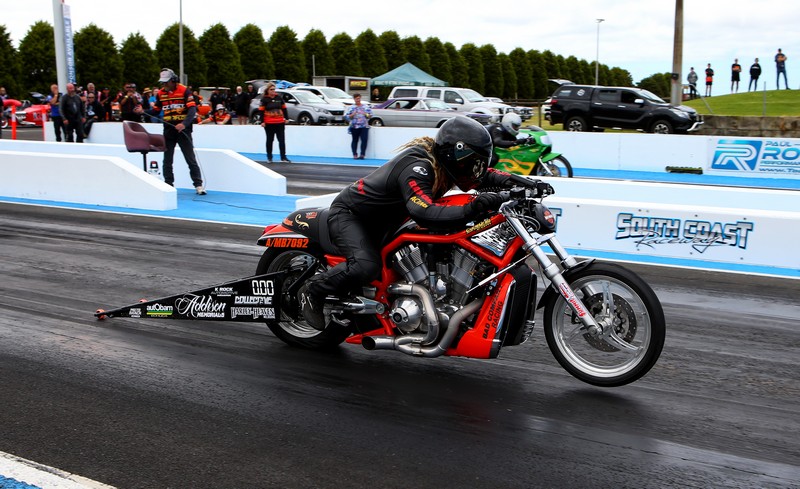 “It feels really good to be in championship contention for two brackets – I am stoked with how far we have come in 12 months. I would never have thought we would be sitting in such a good position for a championship in one class, let alone two,” Addison said.

“I feel like we have a good chance at the Modified Bike title but Gavin is a hard man to beat. We have our Modified Bike dialled in great now so hopefully luck will be on our side.

“In Competition Bike, Tony is another man that is going to be difficult to beat. All of us in the top four are close on points so I believe it could be anyone’s championship. In saying that, I would love to walk away with a Competition Bike championship in our first season.

“Before I started drag racing I used to race motocross, and in motocross we used to race a few different classes throughout the day with minimal rest periods so I have had plenty of practice at balancing the two brackets. However it does get interesting when the brackets are back to back and I have to weigh the Comp Bike in between,” he laughed.

“There have been plenty of great moments so far this season, but the best ones would have to be winning Modified Bike at the NT Nationals and also winning Competition Bike in Portland. The atmosphere and crowd at the Westernationals in Perth was also really awesome.

“I love the competition and sportsmanship of the Summit Racing Equipment Sportsman Series – I am a competitive person so it feels good to do well, but when it is finished at the end of the day I like that you can still have a chat and a laugh with your biggest rivals. It is always a great atmosphere and a great weekend of racing.

“I would like to thank all of my family as without their support I wouldn’t be able to do this, and especially my Dad and my Wife. My Dad is the reason I am in the sport (and the biggest sponsor) so I have to say a massive thank you to him!

“I also want to thank everyone involved in ANDRA and the racetrack committees for making all of this possible, as well as my sponsors 84 Racing, Addison Memorials, The Collective Family, Harley Heaven, KLS Property Maintenance, Motoshack, Srt Signs and All Shine Detailing.”

The ANDRA Grand Final is currently postponed due to COVID-19 restrictions. ANDRA hopes to host the event later this year on dates to be confirmed. For more information, visit www.andra.com.au